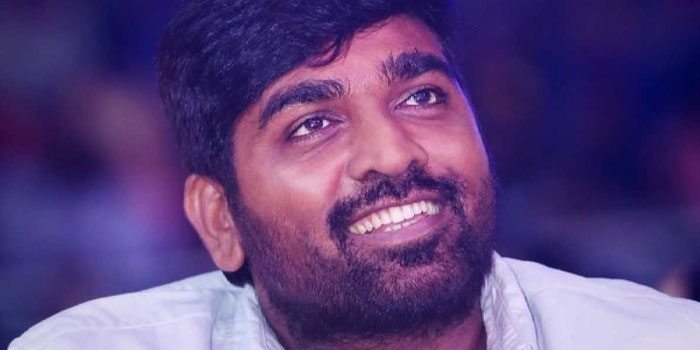 Directed by Sukumar, Allu Arjun and Rashmika Mandana starrer Pushpa was released as a pan-Indian film.

Samantha sang an item song in the film.

And the film was released and became a huge success and collected more than 350 crores at the box office.

In this case, after the success of Pushpa, the eyes of the fans are on Pushpa 2.

The shooting of the film has started in August. In this case, Pushpa The Rule is going to be made with a budget of 350 crores.

They are going to use the collection of Pushpa The Rise in this movie.

In other words, they have planned to collect 1000 crores from the budget of 350 crores.

Vijay Sethupathi was supposed to act in the first part of Pushpa.

At that time, Vijay Sethupathi was busy with many films and could not act in Pushpa.

Thus Bhagat Basil played the villain. Vijay Sethupathi is going to play the villain in Pushpa The Rule.

Both Vijay Sethupathi and Bhagat Basil had already acted together in Vikram.

In this case, they will act together again in the film Pushpa 2.

Recently, it was reported that Vijay Sethupathi has negotiated a salary of 35 crores to act in a web series.

Apart from that Vijay Sethupathi is currently being paid 15 to 20 crores to play the villain in a film.

But it has been reported that the salary of Pushpa is 30 crores.

Many people are criticizing that Vijay Sethupathi will ask for the same salary as Allu Arjun, the hero of Vitt Pushpa.

It is said that Vijay Sethupathi’s character will be a brutal villain in the film.

Pushpa 2 is slated to release next summer.

Next update about the movie will be released soon.

Allu Arjun fans are crazy about Pushpa, even though it’s on OTT, the theaters have to run on tight deadlines due to Covid.

Much awaited by fans, eagerly waiting to know when it will be released?

The second part of the film will release in 2022 and is slated to hit theaters worldwide.

We have updated the exclusive details about Part 2 here: Rule Release Date and Time in 2022. Scroll down to know more.

The story of the film revolves around Pushpa Raj (Allu Arjun) living as a laborer in the illegal red sandalwood trade in the remnant forests of Tirupati.

Lacking a household name to say the least, Cooley aspires to make his career as a coolie and conquer the world.

But at one point Pushpa challenges Mangalam Srinu who wronged her.

In such a situation, Banwar Singh Shekhawat (Fazil Fahad), comes to the district as Superintendent of Police.