Devi Sri Varahi Amman Devi is one of the Matrikas (Chaptamatharas), representing the female power of Shakti, a group of 7 mother goddesses in Hinduism. She is considered an incarnation of the goddess Boo and the female form of Varaha (the third of Vishnu’s 10 incarnations). She is well known as the commander-in-chief of Bhubaneswar (Lalithambika). The word “Varahi” refers to wild boar. Varahi Devi was born in the star “Aailyam” and the Tamil month “Adi”. It is believed that she was born in the chakra of Goddess Bhubaneswari. She helps Varaha Murthy to save the world. Varahi is very angry and at the same time, very protective of her devotees like her mother.

According to Devi Mahatmya, Goddess Durga created 7 witches from her self to destroy the demon Raktabija in a battle, Lalithambiga creates each avatar to kill each monster, and Goddess Varahi creates “Vishukran” to kill the monster. 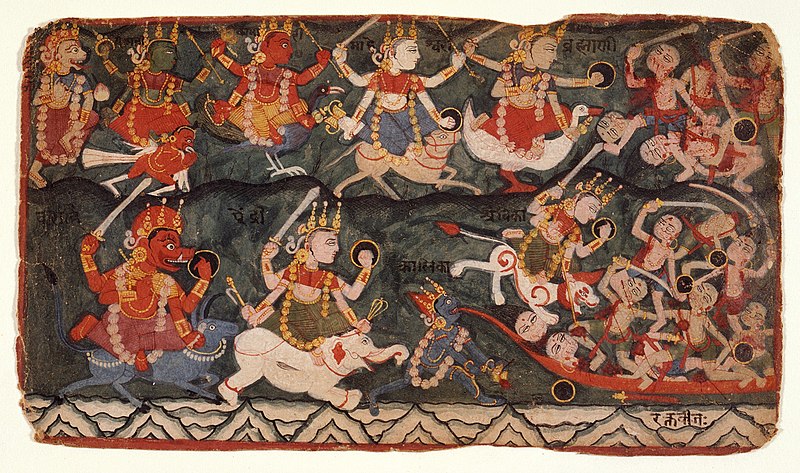 Generally, Devi Sri Varahi Amman Devi is described as a boar face with a human body of dark black color with conical basket shaped crown (Karanda Makuda) and 3rd eye on the forehead. She is depicted in standing, sitting or dancing positions. Sometimes, she is depicted carrying the earth in her tusks and wearing a crescent moon crown on her head.

According to various Puranas, Goddess Varahi is said to carry various weapons in 2, 4, 6, and 8 arms and ride various vehicles depending on the forms she takes in various situations.

Generally Goddess Varahi has various forms, the knower of which is called Ashta Varahi and they are as follows;

Other Forms of Goddess Varahi: She is impregnated with the wealth, nourishment and maternal qualities of the universe. Sapta depicts the powerful energy of matrikas, controlling physical and mental enemies

Sacred mantras call for sadhana, protection, good health, a complete women-hood. The Celtic Mother Goddess is worshiped under different names, “Old White So”, and her brother is also known as “Seth”.

Four arms, two with mortar and plough, the other two with Abhaya Mudra and Varada Mudra. She represents the energy of Yama, the female form of Varaha.

She is capable of suppressing violence, subduing enemies, protecting the continent and the border of peace.

Blessings to all to come to life, overcoming challenges from neighboring continents, showering bliss and peace on the entire universe.

Get rid of troubles and obstacles, remove the evil eye, bless the desires of life. To bless good health, ward off infectious disease and ward off evil spirits.